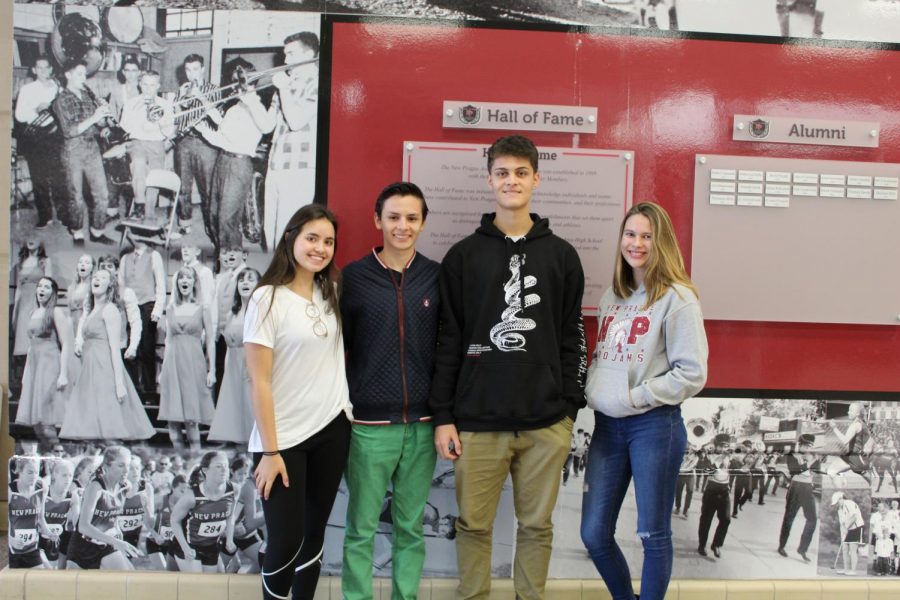 This year you may have noticed some unfamiliar faces in the hallways. New Prague High School is hosting four exchange students.

Originally born in Florianopolis, an island off the coast of Brazil, Sofia Orsotto has wanted to be an exchange student since she was ten.  She gave it a try for the first time two years ago when she spent a month at a school in England. She said she loved the experience and tried again, this time for a full year. She arrived in August this year and said she did not get to choose the location of her exchange. Fortunately (or maybe unfortunately depending on how bad this winter ends up being) she was sent here.

Before coming, Orsatto attended a private school in Brazil with only 300 other students, which is quite a large change as NPHS has more than 1,200 students. Another thing she noted being different is that, as in many foreign countries, the students stayed in class while the teachers changed rooms. While here she took her chance to try some “American Cuisine” (in quotes since all “American” food has roots elsewhere for the most part). She specifically noted some foods like Chili, which she really enjoyed, to Mountain Dew which was “very good, but too unhealthy.” While she is  in Minnesota she is staying with Kelly and Troy Saint John who live in Elko New Market with their two kids (one in middle school and the other in elementary).
Gregory Carvalho da Cruz – South Brazil 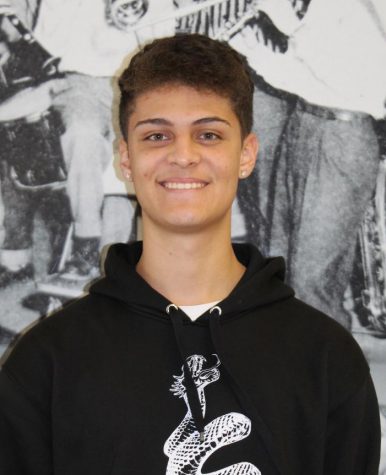 Gregory Cruz decided to come to the United States for his program because he wanted to learn English and experience American culture.

So far, he has noticed many differences in culture and people. To start, the school day is very different. Their school starts at 7:30 a.m., and they go home for the day around midday in Brazil. The students stay in one class all day but have different teachers come in for each subject. He said New Prague’s high school is also much bigger and more organized than the schools in Brazil.

The food in America is also very different. One of his favorite things he’s experienced in the U.S. is ranch dressing because they do not have it in Brazil. They also do not have a lot of the staple American foods like burritos and corn dogs. Overall, they eat healthier in Brazil, but Cruz seems to be enjoying the junk food in America.

Cruz noted people in the U.S. are also very different from people in Brazil. Here, people are closed off and unwilling to have a conversation, while in Brazil, everyone is very friendly and welcoming. He is looking forward to seeing and experiencing his first winter here and is very excited to see how the school year turns out. 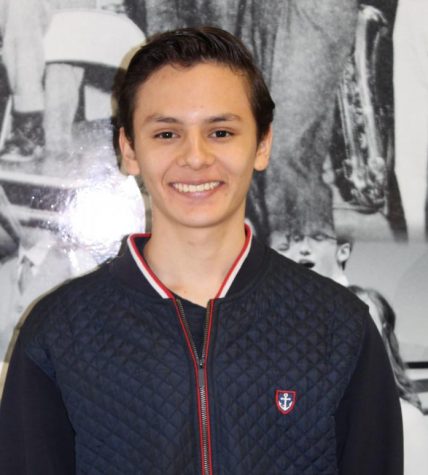 Kahim is staying with the Moore Family (Gabe, grade 9 and Arianna, Class of 2019). Some classes Kahim is taking include: Growth of America, FST (Functions, Statistics & Trigonometry), German, Physics, and Theater Workshop. In his free time he enjoys playing soccer and learning new languages.

He came to the U.S. to rapidly improve his English and meet new people. Some differences Kahim noticed between his school and New Prague is students changing to different classrooms.  In Mexico the teachers at his school moved to the next class. He also said New Prague is noticeably larger. Kahim believes that the United States and Minnesota are “pretty good and quiet.”

Since starting at New Prague he gotten involved in PROUD and is a member of Trojan Times staff. 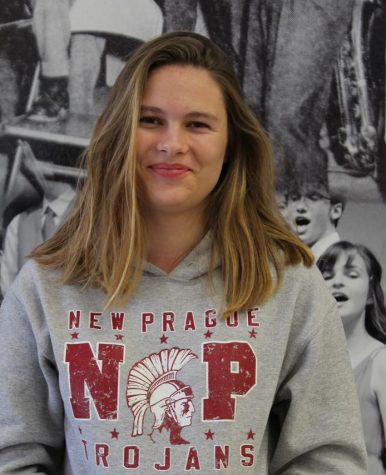 Paula Hirschmueler arrived in New Prague just two short months ago. She came to the United States because she wanted, “To try out and experience something new and be able to travel and see different parts of the world.”

As soon as she got to NPHS she joined the dance team and has been enjoying it ever since. Her favorite thing about Minnesota so far is the food and the school spirit.  Hirschmueler does not like “that everything is put into plastic bags” in the United States.

During the two months she has been in the U.S. she has noticed differences between German schools and U.S. schools. “In Germany, we have three school systems. One for people who need a little bit more help (they graduate after 9th grade), one for the “normal” people (where they graduate after 10th grade) and one for people who work on a bit harder stuff (they graduate after 13th grade). So they avoid people dropping out of school without a graduation. And you do not need to go to a university to be successful and to have a great job. (you can only go to [a university] if you graduate after 13 years [and take] a very hard final exam at the end of 13th grade). Until 10th grade we mostly stay in one class in one classroom with the same people; after 10th grade we have the course system like it is in the U.S. But we can’t choose our classes. We have like 14 classes we need to do, but we have a different schedule every day like 2 times a week math.”

In her spare time she enjoys hanging out with her friends and host family. Something cool that Hirschmueler is doing is,  “just trying to do something different every day as long as [she’s] here.” Hirschmueler is looking forward to the infamous snow days that occur during the winter months.