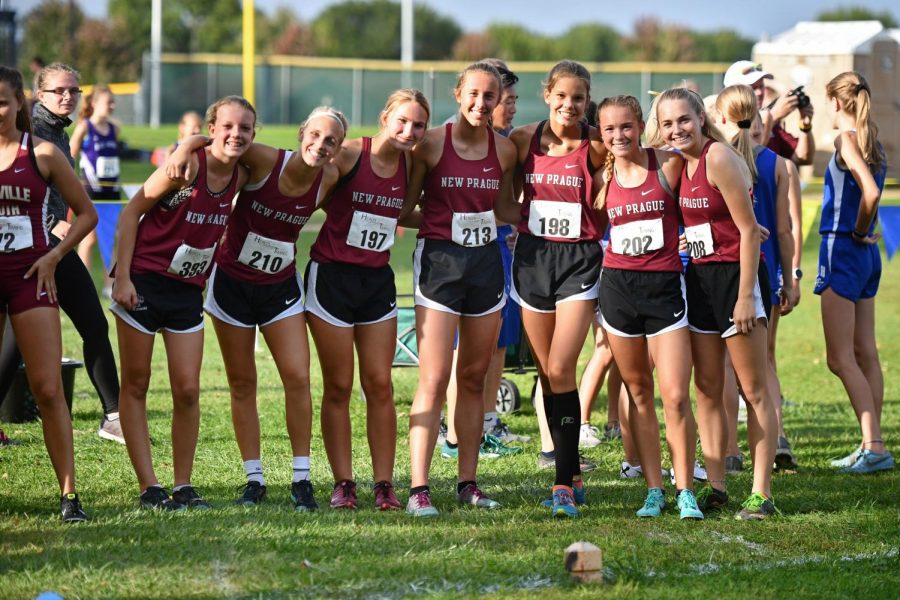 The New Prague High School’s 2019 cross country season has run to an end. With many me

ntionable seniors and memories, this sport seems to accomplish more every year.

One captain had lots to say about this successful season. Elsie Hatlevig is a senior and ha

s been part of the cross country team since her sophomore year. She is easily motivated by the team whom she calls “her second family” because they “create a super fun environment.” Her favorite memory from this season was the cross country meet at Waconia. She was watching the boys race when “Josh Anderson and Carson Davis dove into a foot of mud mid-race.” Hatlevig has made many other memories on the retreats at Lebanon Hills and Carleton College and the trip to the Milaca race, along with their other meets. One thing Hatlevig wants to leave behind for returning cross country members is “work and train hard – but make the most of it – and embrace every step during a long run because it only helps you get better.”

Another captain, Ethan Gregory has been part of the cross country team since his sophomore year and had much to say about his senior season. Gregory acknowledged that it may seem hard to find the motivation to run and h

ow the team has impacted that. “Running alone sucks, but running with the team makes it better.” He went into detail on how the team has impacted him and running when he states, “Being able to hang out with the team every day was the biggest reason why I was drawn to running.” He said the coaches are huge role models and make sure that everyone has a good running experience. Gregory says that coach Brandt and coach Meyer are great and “make sure that everyone feels welcome to the team.” Gregory wants people to know that cross country is an inclusive sport and said, “If you don’t already have a fall sport or are looking to make some friends I highly recommend cross country.”

Through the cold and heat, the New Prague High School’s cross country team knows how t

o tough it out, and it is not too hard with a team so supportive.