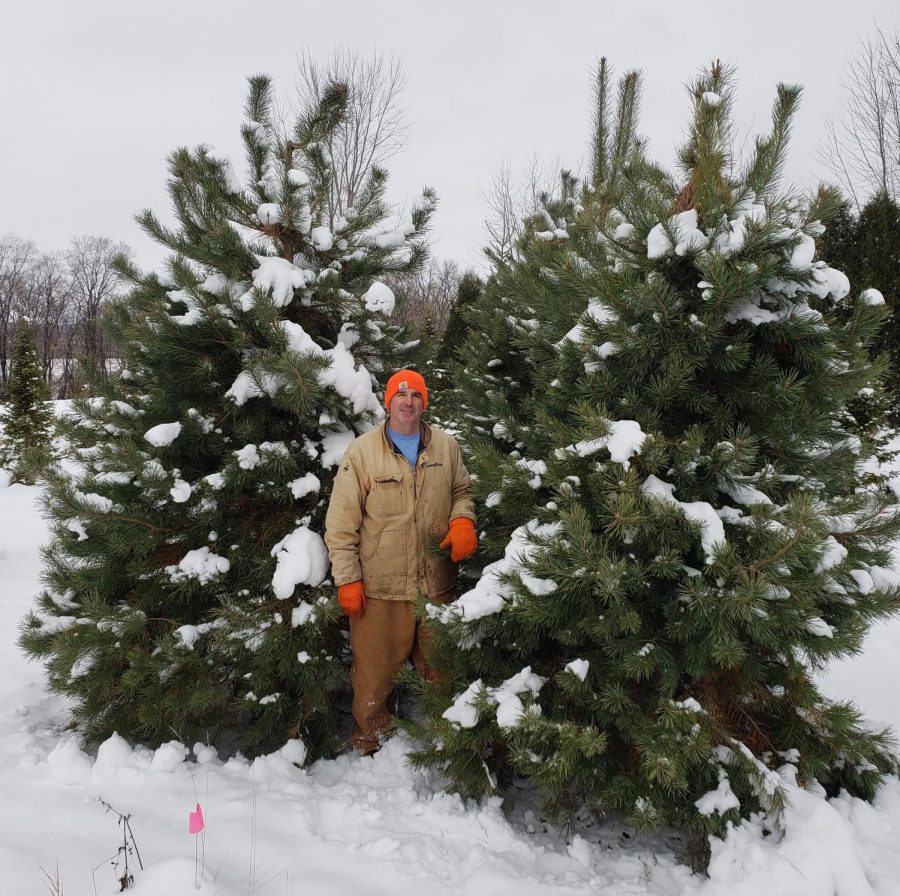 Mr. Tikalsky shows off some of his best trees.

Mr. Tikalsky is a teacher you probably know given that you clicked on this article, otherwise I am not sure why this would be relevant to you. Regardless, if you don’t know him, he is a social studies teacher who resides on the second floor of NPHS. He is pretty rad, and I would recommend getting to know him if you do not already. Now that that is over with, onto the story.

It is now winter. This should be obvious to you given you can’t walk outside for longer than a minute without getting frostbite. Another thing that may have tipped you off is there is dust covering our streets that has a deathwish for you and your tires (driving in snow is horrendous, and you cannot change my mind). Lastly, in case you still didn’t realize, Christmas is coming up. If you have a tree chilling in your living room, and you didn’t notice, there are more than a few issues there. Do you have any idea where your family got that tree?  If not, you should ask, because it’s possible it’s a Tikalsky Christmas tree. Did you know Mr. Tikalsky grows and sells his own Christmas trees?

His family used to sell them at Tikalsky’s Store on Main Street in New Prague and Lonsdale when he was a kid. When he was around 10 his family, his uncles and cousins went to Princeton and Cambridge MN to haul trees back to their stores. These trees went for $3 each, but eventually, the store closed in 1978. The memories of hauling and selling trees stuck with Mr. Tikalsky though, because in 1994 he planted 500 trees on his parents’ farm, and began selling choose and cut trees in 2000. He made his first sale to Physical Education Teacher Dan Seymour.

“I typically sold 30-40 trees in a season and enjoyed seeing the same families year after year, Dan and Meg Seymour, along with Mike and Cathy Prochaska and Laurie and Marv Skluzacek were among my most loyal customers.”

He primarily grows balsam fir but also some scotch, red and white pine, along with white and Black Hills spruce.  In 2002 he planted another 600 trees. Tikalsky’s tree business was steady over the years.  This is coming to an end soon. Given his son is graduating, the land he uses may become unavailable soon, and just wanting more free time for himself, he said “it just seems like everything came together.”

He may sell some trees next year but expects a slow down in the coming years. In the meantime though, he would like to thank the Seymours, Skluzaceks, and Prochaskas for being loyal customers. For anyone else, he just wants you to know “real people buy real trees,” so chances are if you see a fake tree in someone’s home, they are robots.