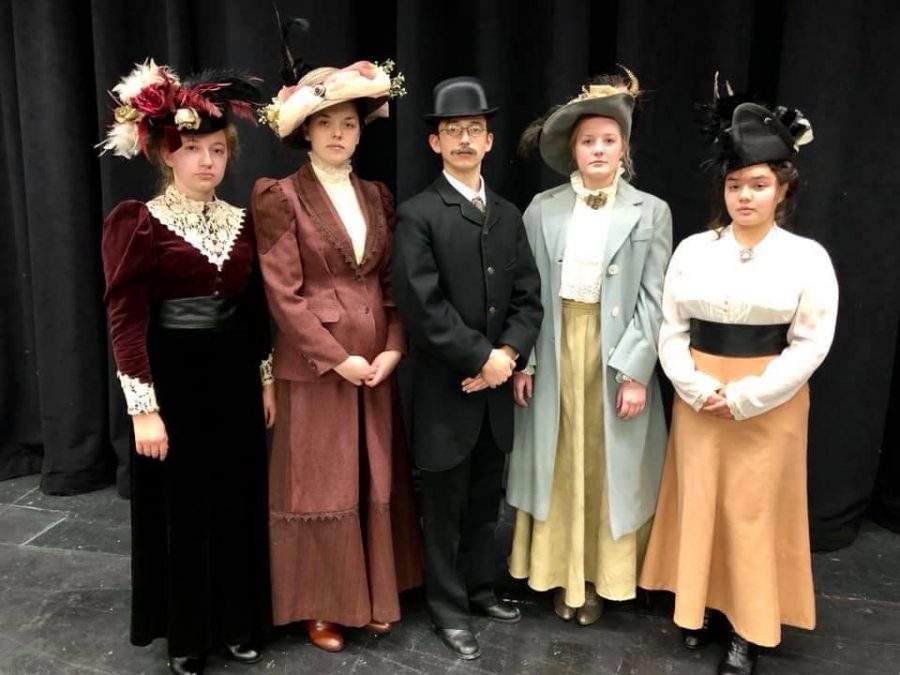 If you hear a Scottish accent echoing through the high school’s auditorium, do not be alarmed; it’s One Act season! This year’s show is a cutting from the drama, “Silent Sky”, by Lauren Gunderson. It follows the true story of Henrietta Leavitt, played by senior Carly Berglund, an astronomer ahead of her time.

Taking place in 1900, Henrietta has the opportunity to work at Harvard University mapping the stars; however, she receives no scientific credit.

When asked about the show, Berglund commented, “I’m excited! It’s a different style than we usually do and I like my character. She’s got a lot of layers.”

With a cast of only fifteen characters, five of whom speak, auditions in November were competitive. Rehearsals started in December, and the cast has been working hard nearly every day after school.

Another member of the cast, senior Becca Walsh, shared her thoughts on this year’s production: “It’s a very unique show, because we don’t really do dramas. I also think the lights add a lot to the show.”