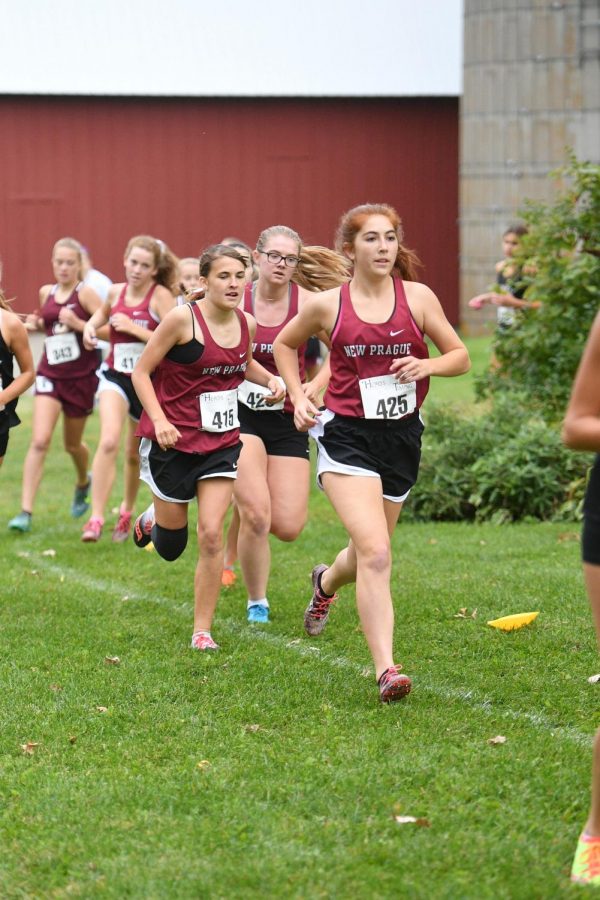 Cross Country is a sport where people really know how to run and have fun. Even with the COVID-19 guidelines that required them to wear masks before practice and keep a distance of six feet from each other, they still made the best of the season!

Although they had a shorter season comprising of only seven meets with only three teams per race, they still made the best of it. All team members from both the boys and girls teams had season best times, and a great chunk also set some new personal records.

With the new COVID guidelines, there also came new meet locations that had unfamiliar courses with taxing hills for the teams. They still pushed through and scored points for the team, helping boys place 10th and girls place 12th at sections this year.

The teams normally spend the season training together, but this year they had to work in different locations, not that it stopped them from having a lot of fun. The boys and girls teams got together occasionally for fun runs like the weekend Donut Runs and the early morning Glow Run. They were also thrilled to have their annual Poster Run where the boys and girls compete for most creative pictures from around town; this year the girls made a comeback after losing their streak last year.

The team held their banquet (without food) October 25th, where they recognized their graduating seniors: Adam Brandt, Cally Cheever, Evan Helvick, Jake Helvick, Elizabeth Midvedt, and John Taylor. They also announced their elections for next year’s captains which include Abbey Carlson, Sydney Stenger, Nora Rosemier, and Faith Boyer for the girls captains; as well as Jacob Malecha and Chase Trygestad for the boys captains. The teams are looking forward to another season next year and hope that they will get to race against more teams at more meets.