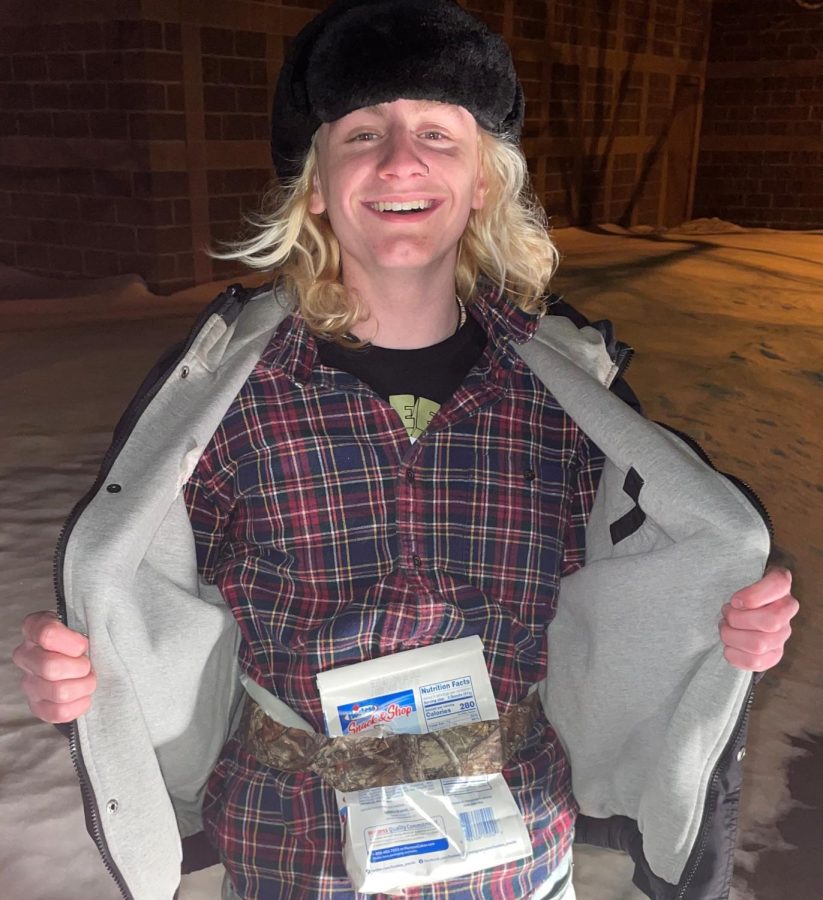 I once spent 15 dollars at a movie theater for a flatbread pizza that tasted like the mat people wipe their shoes on when walking into school. Now that I’ve gotten all of you enraged at these absurd prices, I’ll bring you back down with what I have to say next. It is amazingly easy to sneak food into a theater. Some theaters are easier than others, but the overall standard for the amount of effort needed to sneak something into a theater is not that high. Here are some basic rules for sneaking food into movies.

First, you have to be mindful of the smell, noise, and any allergies that people may have like peanuts. Peanut butter, for example, might not be super noisy as long as you don’t smack on it like a dog, and everyone enjoys the smell of peanut butter, but peanut allergies can be serious, so stay away from the nut cream. Another food to stray from is potato chips, which are loud, messy, and get stuck in your teeth sometimes. Overall, just don’t pick a dumb food that’ll have the chance to upset or kill anybody.

My colleague and partner in this scientific experiment was Sullivan Hart, whom we will shorten to S.Hart. Along with our lab rats, Henry Lundeen, Cale Emerson, Natalie Biren, and Tomi Williams, we went to see the movie “Jack*ss Forever.” Before the movie, we went to Walmart across the street from Imagine Theaters Lakeville. We stocked up on supplies and food for our experiment. These items included Cosmic Brownies(Henry), powdered donuts(Cale), McDonald’s(Tomi and Natalie), a soft pretzel(S.Hart), and a 6-inch Subway sub(Myself).

These irregular foods gave us a chance to test variety in our techniques and allowed us to really get creative, but also there are some negative sides to these choices. Cosmic Brownies are individually wrapped, so each

one could be insanely loud and distracting when opening, and they can be sort of messy. Mini powdered donuts are not noisy, but the mess is pretty catastrophic if you do it wrong. McDonald’s is a good choice; it isn’t loud necessarily, and it’s not messy as long as you throw away your trash. A soft pretzel is a very good choice. It’s not noisy, not messy as long as the salt doesn’t get everywhere, and it’s very delicious. Good choice S.Hart! And then we have the sub. It worked pretty well, and I haven’t really ever tried sneaking this in before. There was no mess, but there was a lot of paper around the sub. Luckily it wasn’t a big deal because of my technique to unwrap it before the movie started.

Techniques are important, and they can be the most fun and important part of sneaking food into a theater. For this experiment, my colleagues and I decided to think outside the box instead of the normal roll it up into a blanket strategy. First off, Henry put it in his coat, zip it up, and put his hands in his pocket. It’s an effortless way of hiding your food without looking too suspicious but doesn’t get much on the fun factor scale. Cale went with an extraordinary plan of taping it to his stomach. We sprung for the camo tape so that if he were to be caught, they wouldn’t have seen anything. It worked surprisingly well, and the duct tape came off with ease. S.Hart stuck the pretzel in the waistband of his pants. It worked well with his pants and jacket covering the pretzel, but since the pretzel wasn’t fully wrapped, it might not have been the best idea to stick it in pants that also had S.Hart in them. I went with the fully-covered subway sandwich in my pants. As you can see in the picture, I placed it in a safe spot so they couldn’t notice me bringing it in and it wouldn’t fall out.

It worked pretty well, and I have to recommend that you try all these methods for yourself. Make your own science experiment and see how creative you can get with sneaking food into theaters because why waste a crisp $20 bill on some food that looks and tastes regurgitated?