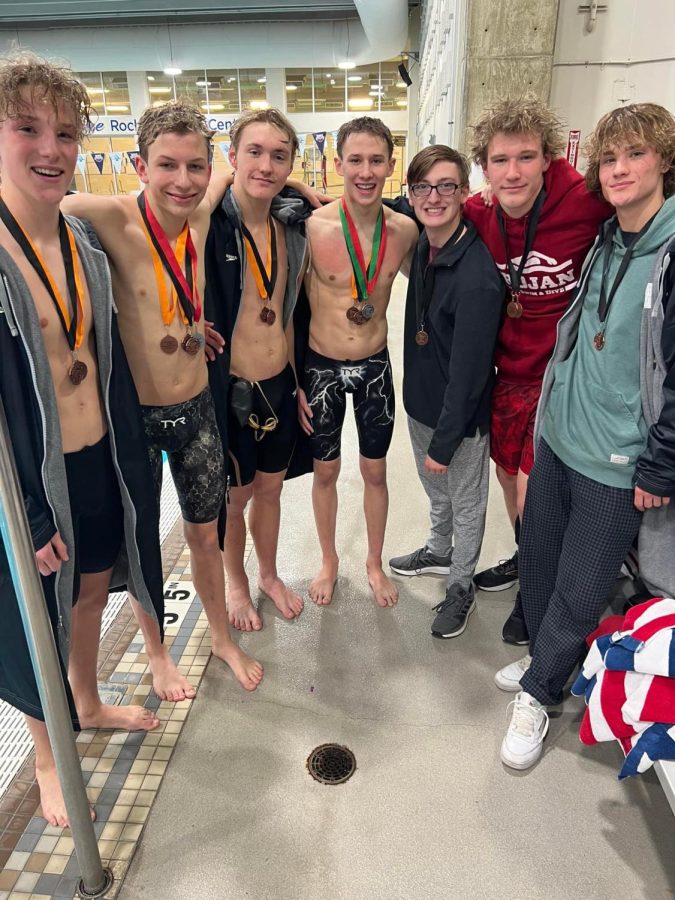 Captain Alex Dvorak said that one of his favorite things about the swim season this year was swimming with his close friends, and he is excited to get back to it for an even better season next year. He also anticipates and hopes to break records next season with hard work and dedication. He said the team was so successful this year because of the massive amounts of team spirit and support, along with all the experience everyone had with swimming before joining the team, as most swimmers participate in the Neptune Swim Club.

Senior Captain Jonathan Sayler said the most memorable part of the season this year was having the opportunity to swim at Sections. He also said that hard work and dedication is what made the team extremely successful. Sayler hopes to see more swimmers join next year and is going to miss talking with every person on the team after practices and meets.

With that, the very first season of New Prague High School Boys Swim and Dive came to a spectacular end, and each swimmer is excited for the 2023 season next year.